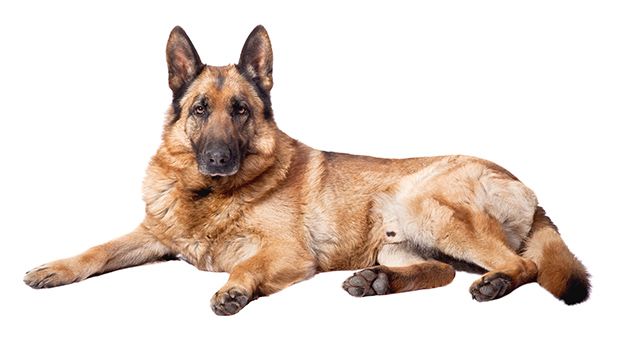 The best guard dog breeds are not known for being sociable and open to strangers. That would defeat the purpose. Historically domesticated dogs have been used to protect both owner and property. This is why many dogs today have instincts to guard, protect, and express aggression to those invading their turf. In some breeds these traits are more dominant.

When it comes to choosing from the top guard dog breeds, you want to find a dog to keep strangers out, alert you to any intruders, and still be safe. Guard dogs are not supposed to be good attack dogs putting anyone at risk of aggression. Commonly attack dogs serve pivotal roles not only in modern police work, but also in the military.

These dogs are specifically trained to bite on command, and stop biting on command. Both attack dogs and guard dogs need to be well-trained and socialized, so they will not attack or bark unless their owners command or are threatened. The last thing you want is to deal with a violent situation. When forced, a good guard dog will defend their property and master.

However, the point of great guard dog breeds is to deter such instances from ever happening.

Though a list of guard dog breeds is certainly helpful, there are so many other things to consider when choosing a house pet. Every dog has their own temperament. Even breeds with the best reputations could be too aggressive to make good guard dogs. A few things you will want to look at include:

These dogs were bred not to bite or attack, but rather overpower and pin any threats. Historically they were bred to be ground keepers and were later used to track down and trap escapees and criminals. Bullmastiffs are fast, confident, and courageous. They may look like tough dogs on the outside, but Bullmastiffs are eager to please and tender with children. Bullmastiffs are docile in family settings and make great house pets. They also have a loyal nature, being genuinely fond of their owners. However, these guard dogs are not prone to barking. Instead they use their size and strength to bull intruders over or block their path. Generally Bullmastiffs can weigh between 100 and 130 pounds with an average lifespan of 8 to 10 years. Fortunately, they are not high energy dogs and can live comfortably in apartments or condos. It is best to begin training these dogs early so they can be guided with firmness, fairness, and consistency from the beginning.

As far as guard dogs go, boxers tend to grow smaller than most other breeds in the same category but can hold off intruders much like a Bullmastiff. They also look more intimidating than they actually are. These are high energy dogs that are also affectionate with children and loyal to their families. They are alert and astute, and will use their athleticism to help protect their loved ones. In fact, they are called boxers because of the way they tend to stand on their hind legs and jab with their paws. These dogs are also a little mischievous and playful, with one of the longest puppyhoods when it comes to dogs. It takes three years for them to mature. Generally boxers weigh between 60 and 70 pounds with an average lifespan of 10 to 12 years. These are big dogs who like to cuddle. They also have some clownish antics like pawing at their food bowls and turning circles when excited.

Anyone can tell you that German Shepherds are bold, powerful, and fearless. They also have a natural instinct to learn and obey. This is why they are fearless police dogs. What you might not know is that these dogs also have a calm demeanor, making them a great guardian of any household. They will be wary of intruders and confidently take down a human of any size if they pose to be a threat. They also have a great sense of smell and can be used for tracking. Generally German Shepherds weigh between 75 and 95 pounds with an average lifespan of 10 to 14 years. These are not only at the top of the list for best guard dog breeds, but also one of the most recognized breeds worldwide. They do have a lot of energy and will require exercise to keep them happy, fit, and occupied. Also, do not expect German Shepherds to make strange house guests feel welcome. This is why they are such good watchdogs.

Rottweilers were originally bred to protect cattle and are known to be one of the most relentless protectors of their family. They have an extreme sense of loyalty to their owners. They will also remain suspicious of strangers unless properly introduced. Though often considered too aggressive for families with small children, if brought up with them and well-trained, there is no better breed of guard dog. These dogs are often described as one of the smartest dog breeds in the world and can be very obedient. Rottweilers are strong and true, working well with police, military, and customs workers. Generally Rottweilers weigh between 85 to 130 pounds with an average lifespan of 8 to 11 years. To be a successful guard dog, Rottweilers will need to be trained by a leader they can trust and respect. They will also have to be bred for a calm temperament so their protective nature does not bleed over into aggression.

These giant dogs are known for being friendly and loving, great for families. Their size is probably the biggest deterrent for strangers, but these are not exactly attack dogs. They rely on intimidation, with a big body and a bark to match, to keep intruders away. This breed of dog originated in Northern Europe where altitudes where high and so was the snow. This is why these big, burly dogs are often imagined plotting through the snow with a barrel of liquor strapped around their necks. Not only would they help travelers pass through the mountains, but would search for those who became lost in the snow. They were also used to guard the grounds of Switzerland’s Hospice. Generally Saint Bernards weigh between 120 and 180 pounds with an average lifespan of 8 to 10 years. These dogs are easy going, gentle with children, and love a good romp in the snow. They also need room, as you might imagine.

These dogs, though they might appear to be a pile of ropes, are aptly known for always doing their duty. They are bred with a protective nature, originally used to guard livestock. They are independent dogs, but also very intelligent. With proper structure and training, these dogs will keep strangers at bay. But they are not for inexperienced dog owners. These are smart dogs and learn quickly, but they also need to remain engaged so they do not resort to destructive behaviors. Komondors will love nothing more than to watch over their family. Generally Komondors weigh between 80 to 100 pounds with an average lifespan of 10 to 12 years. These dogs are not high energy, but their constant presence watching and following you around the house may prove a little more than you bargained for. They may also be aggressive to other dogs and try to expand their territory. Komondors are calm and devoted companions, some of the best guard dogs.

Wiener dogs may have small bodies, but they are full of energy and intelligence. Originally bred for hunting small game, these dogs are the perfect size for many families and make excellent watchdogs with big barks. Though they may not be able to chase down a fast moving person, they do have the bark to raise an alarm. These dogs will even take on larger creatures, if it means protecting their turf. They are also stubborn. Generally Dachshunds weigh between 16 and 32 pounds with an average lifespan of 12 to 15 years. These dogs do not like strangers and can become fat and lazy without proper exercise. If you would like a well rounded watchdog it is best to socialize these dogs while they are young. This will prevent them from becoming too aggressive when being introduced to new animals or humans. Dachshunds also have some anxiety issues and will want to be with their owners as much as possible.

Chows are known for their completely unique look, but have many other hidden talents buried under those puffy coats. One of the most protective guard dog breeds is the Chow Chow. Chow Chows, anciently bred in China and were used as working dogs. Today though, these dogs are devoted to their families and good with children. They can also get along well with other household pets if socialized at a young age. The reason these make such good guard dogs is because they are particularly suspicious of strangers. Generally Chow Chows weigh between 40 and 70 pounds with an average lifespan of 12 to 15 years. These dogs are often described as being aloof, reserved, and independent. Chow Chows need a dignified pack leader who will prevent unruly behavior and aggression. These dogs are best suited for families with older children who know how to approach and respect such a noble dog.

Yet another set of large and powerful dogs who make up one of the best guard dog breeds. Their loyalty to their family is unequalled. They are powerful and rugged, serving as a deterrent to those who might be looking to cause trouble. These naturally courageous guardians will not bark without reason, and they have very unique ways of vocalizing. They can grunt, moan, howl, and even mumble. Fortunately they are not yappy dogs, or their cute communications could become an irritant. If owners are home, these dogs will be quite welcoming to people, but still exhibit a little wariness. Generally Akitas weigh between 70 and 130 pounds with an average lifespan of 10 to 12 years. They are known to have a mind of their own and they love to carry things around. You could teach the Akita to bring you their leash, your keys, or even your morning paper—and they will happily do so.

Irish Wolfhounds are noble and commanding, one of the tallest of all dog breeds. They are also gentle giants, known to get along with people and animals, but their size will deter any unwanted strangers. Originally these dogs were bred to be war dogs. They would pull men from horses or chariots. Back then they were prized for courage and ferocity, so much so that law only permitted nobles and kings to own them. However, their numbers began to decrease as the Irish elk and wolf they hunted became extinct. Then these dogs became more ornamental, rarely being used for their original purpose. Generally Irish Wolfhounds weigh between 115 and 180 pounds with an average lifespan of 6 to 8 years. These dogs do love playing outdoors, but are not outdoor dogs. Instead they thrive best when with their owners inside. They are zealous, determined, and a more protective breed by nature.