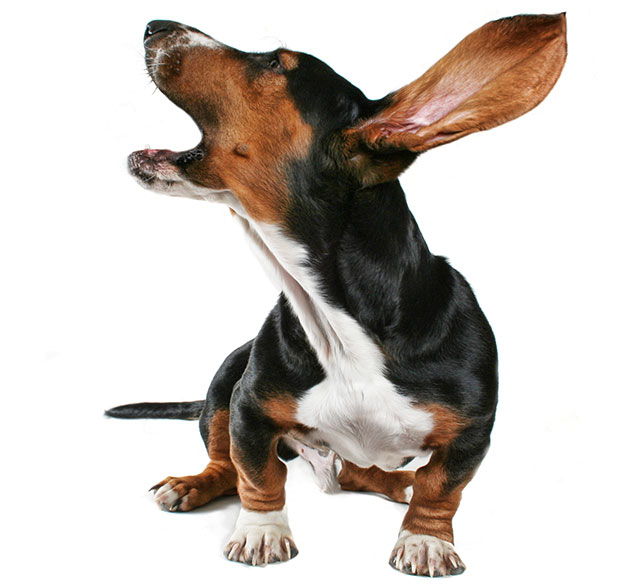 Dogs, just like humans, have varied forms of vocal communication. Barking is the most common, but they also whimper, growl, whine, and some even huff. However, one of the most attention-getting vocalizations is the dog’s howl. A howl is sonorous and prolonged. Some dogs howl at sirens, at the moon, to music, or even in their sleep. In most cases there is a reason for the behavior, and if howling becomes a problem you will need to pinpoint exactly why a dog is behaving in such a way. By determining why dogs howl, you will then be better able to stop it if it becomes a constant problem.

Here’s a great example of what howling sounds like:

Dogs descend from wolves, and as such inherit certain traits. Over time breeding has changed the size, shape, and color of dogs, but it has also changed some characteristics, like howling.

Some dogs are bred to howl. It is their job to communicate in certain ways, and as such the howling behavior has been cultivated. However, howling in a household pet is not usually valued and can become frustrating. This is why many dog owners worry about howling. However, before the behavior can be eliminated, you first have to know why dogs howl.

Though howling is certainly connected to a dog’s ancestry, sometimes the behavior is learned. This is often the case when a dog begins to howl for attention. This type of howl often occurs in their owner’s presence. The dog may want food, treats, or an object and begins to howl. The howling will certainly attract attention, and may even have their owner scrambling across the house to see if something is wrong. Because of this reaction the dog is more likely to keep on howling for attention and bring their owner running.

Another reason why dogs howl is because of separation anxiety. The owner is seen as a member of their pack, and extended absences will leave the dog feeling lonely, sad, and even depressed. In these cases howling can also be accompanied by pacing, destruction, and other signs of stress or anxiety.

Howling can also be the dog’s form of long distance communication. Once a dog starts howling, several others in the neighborhood may join in. This type of communication is also bound up in the dog’s genetics and their wolf ancestry. In the wild, the wolves would use the howl to bring scouts back to the pack after a hunt. The dogs who remained behind would howl, so the other dogs could find their way. Or, a wolf would howl and if their own pack answered back, they knew they had reached home. Today, a dog’s howl might be a similar expression, beckoning their loved ones back home.

Another reason why dogs howl is because they get bored. Dogs were often bred to work. This is why dogs like to stay busy, because they need an occupation. If left without one, a dog might take to howling simply as a means to pass the time. Another reason is because they have too much energy. A dog should have 30 to 60 minutes of exercise every day, depending on age and breed. This will help tire them out both mentally and physically. If that quota is not met, a dog may start howling or barking.

The most common trigger for howling is in response to certain sounds, especially those higher in pitch. Sirens from an ambulance, police car, or fire engine are the most common urban triggers. A dog might also start howling to music on the stereo, musical instruments, or sounds on the television.

Another reason why dogs howl is because they are hurt or sick. If a dog starts howling for no apparent reason, and persists, it might be time to contact the veterinarian. They will be able to help rule out any illness or injury that might result in howling behaviors.

Older dogs tend to vocalize more, and it can become a problem. An aging canine can suffer from loss of hearing, cognitive dysfunction, and other medical conditions. In these cases, a dog is likely to whine or howl more often. Also, howling could indicate the need to eliminate, a call for more food, or even be a howl in pain. Other reasons older dogs howl is because of fear or stress, often caused by noises or visitors.

The last reason why dogs howl is because what was once an environmental trigger, or call to attention has simply become a habit. Like itching or licking, a dog may keep on howling, even if the initial cause has subsided.

How to Stop Incessant Howling 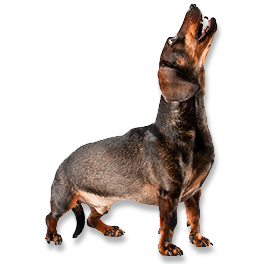 Is Howling in Dogs a Problem?

The occasional yowl from a dog does not usually indicate a problem. It is a method of communication or a way to announce their presence.

Yet, if a dog is howling all through the night and keeping up the neighbors, it may be time for a solution. Professional help from a veterinarian or animal behavior expert might be needed to treat some of these behavior related issues. Knowing why dogs howl will give you some ideas about what may be causing your pet’s distress, and how best to treat the problem.