As a pet owner you have probably heard about dog food fillers before, but may not know exactly what this means. Well, simply put, in most dog foods, especially kibble, there are added ingredients to help your pet feel full, but provide little nutritional value. Usually these products are cheap and easy for manufacturers. In fact, some common fillers in commercial dog foods are so cheap, they will irritate your dog causing allergies or sensitivities. If you have a small puppy or an older dog with health problems, these types of fillers can be especially harmful. This is why knowing more about dog food fillers will help make you a better pet owner.

First off, if you want to start avoiding cheap fillers, you will need to be more aware of the ingredients in your dog food. It doesn’t matter what is said on the front of the bag. Labels like “natural,” and “well balanced,” can be misleading. Instead, look at the ingredients label. This will tell you everything you need to know about what you are feeding your pet. Especially pay attention to the first five ingredients listed, because these are the ingredients that make up the highest percentage of your dog food. Often this is where most dog food fillers will be listed in commercial brands. 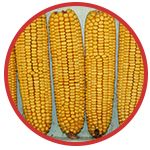 This can appear in many forms on an ingredients list, and none of them are very good for your dog. Corn, corn gluten, corn bran, corn cellulose, corn starch—you probably get the picture. Corn is pretty much empty calories for your dog. It is a simple carbohydrate with a higher glycemic index that can raise blood sugar levels in your pet. As a result, it could have long term effects on weight gain and metabolism. Why is it so common in commercial dog food? Because it makes the process of production inexpensive. It may be fine for a dog food to contain some corn, and it may not impact your pet in any way. However, just know that corn has little nutritional value for your pet when compared to other, higher quality ingredients. 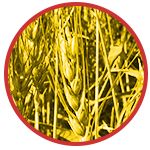 Here is yet another cereal grain commonly used as a filler in dry dog food. Much like corn, wheat provides little nutritional value to your pet and could result in some health or digestive problems. When used as a top listed ingredient in pet food, you pretty much know that any type of wheat will be leftovers from the human food industry, unless it is listed as whole grains. Though it is unfit for human consumption, wheat is still legal for manufacturers to use in dog food. Commonly this ingredient can appear as wheat middlings, wheat shorts, and wheat flour. For dogs with gluten allergies, this can be a dangerous ingredient. However, for most pets wheat is fairly harmless and again just a cheap filler that will provide some energy for your pet, but little else in valuable nutrition. 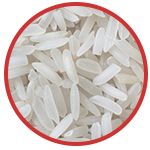 Another common filler used in dry dog food is rice. It can come in many forms and names, but is still considered to be just a filler. Though it is a more complex carbohydrate, it does very little in way of nutritional value. Brewers rice is especially cheap and is missing many nutrients contained in whole ground rice and brown rice. It is likely that rice will not be harmful to your pet. However, if your dog does exhibit some symptoms like gas, bloating, and diarrhea then you may want to consider eliminating this filler from their diet. This ingredient can be listed as rice, white rice, brown rice, brewers rice, and rice hulls, just to name a few. 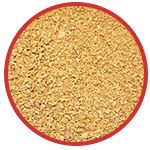 If your pet exhibits itching, swelling, sneezing, and hot spots then it could be due to a food allergen, the most common of which is soy. Most often, soy is used in dog food as a plant-based protein source. It is cheaper than meat proteins, easier to process, provides less nutritional value, and as such is usually labeled as a filler. You might see this ingredient listed as soy bean hulls, soy hulls, soy flour, soy meal, soybean mill run, or partially hydrogenated soybean oil. Or you might not even see soy at all as it might be included as vegetable broth or TVP. Of all the dog food fillers, this is one you might want to specifically try and avoid as much as possible. 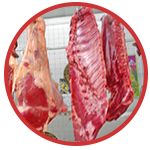 Anything like chicken by-products or beef by-products act mainly as fillers in dog food and are very misleading. Basically these listed ingredients can include clean parts, other than meat, from slaughtered animals. Things like the lungs, spleen, kidneys, blood, stomachs, and intestines all go into animal by-products. It could also contain things like feet, feathers, bone, bills, and undeveloped eggs. Animal by-products are slaughterhouse waste and are a cheap way for commercial brands to bump up the protein content in their pet foods. This is a lower quality ingredient and should never appear in the first five ingredients listed on the label of dog foods. 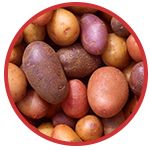 With the gluten free craze going on in humans, some commercial pet foods are also latching onto the trend. Instead of common cereal grains like wheat, corn, and rice, manufacturers are looking for gluten free options. The most common ingredient is then potatoes. As with all fillers, if potatoes, a starchy and simple carbohydrates, makes up too much of your dog’s diet then it can be of little nutritional value. A kibble with potatoes is basically grain free, but not carbohydrate free. This is a common filler in foods considered to be hypoallergenic or more like the dog’s natural ancestral diet. 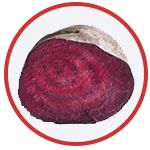 This is considered a highly controversial ingredient in dog food, yet still many companies will use it as a filler. Basically it is a high fiber by-product from processing sugar beets. The reason it is so controversial is that this ingredient is often blamed for canine maladies. Things like ear infections or tear stains are blamed on beet pulp. Truth is though, there are no scientific studies to ratify these claims. Beet pulp is likely to be a safe ingredient in dog food. It is only considered to be a filler because it provides no nutritional value as far as vitamins and minerals, per say, but can still be a good source of fiber for your pet. Reasonable amounts of beet pulp are acceptable in dog food, filler or not.

What to Look For Instead of Commercial Fillers:

You cannot entirely avoid fillers in kibbled dog food because some carbohydrates are necessary to bind everything together. Common fillers in commercial dog foods are also cost effective in pet food production and help make products last longer for shipping and storing. Additionally, they keep the cost of your pet foods down. So yes, fillers do have their advantages. However, your dog should not have a grain based diet, or digestion and health could decline. Don’t let dog food fillers become dangerous. Instead, focus on getting high quality proteins and other nutritious ingredients. That way your pet can live a long, healthful life. Instead of trying to avoid all fillers, simply find out the nutritional needs of your pet. Then work to find a dog food to meet those dietary requirements.