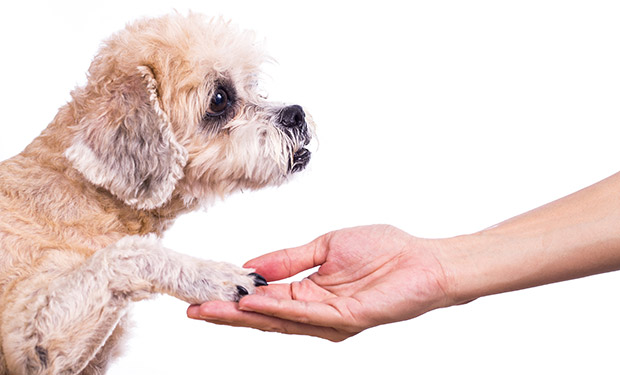 Distemper in dogs, also known as canine distemper, is a disease that doesn’t only affect dogs, despite its name. Coyotes, foxes, pandas, wolves, skunks, racoons, and especially ferrets are also known for being very susceptible to the condition. While it can also be found in large, wild cats, domesticated cats cannot contract distemper.

Canine distemper is a viral disease of the paramyxovirus family that causes measles in humans. It affects many of the systems within the dog’s body, including the respiratory and gastrointestinal tracts as well, the spinal cord and brain, the urogenital system, nervous tissues, and the eyes. Being a highly contagious disease that can be contracted through inhalation, transmission is easy and rapid, with a 50% mortality rate. Canine distemper remains the leading cause of infectious disease death among dogs.

Canine distemper is extremely contagious and can be passed onto a dog simply when they come into contact with fluids from another dog that’s infected. Because dogs leave air droplets just about anywhere they go and every time they breathe, another dog can become infected by them just by playing with them or by using the same food and water dishes. Should a dog sniff or eat the urine or feces of an infected animal, this would also cause the virus to be transmitted to that dog.

If a dog does contract the sickness a fever will develop very quickly, usually around three to six days after initial contact, but the full onset of the infection doesn’t take place until 14 to 18 days after.

There are a number of dogs that are prone to infection, namely puppies that are three to six months of age. It’s these puppies that are most likely to suffer the most serious consequences, including death, from the disease. Pups that are even younger, fewer than seven weeks old, and have been born to a mother that was not vaccinated are extremely likely to contract the sickness. Vaccinations have been made available in many regions but due to limited availability in some areas, dogs that have not been vaccinated against the sickness are also very prone to the disease. Dogs that have an unknown medical and vaccination history, such as rescue dogs or those that have been purchased from a pet store, are also very susceptible to distemper.

Symptoms of Distemper in Dogs

Because canine distemper affects so many of the dog’s different systems, there can be a number of symptoms in any area of the body. Some of the most common symptoms of the sickness are:

As the disease progresses, and even after a dog has survived distemper, there will continue to be lifelong signs of the disease; some of these are life-threatening while others are not.

Two of the biggest lifelong and nonlife-threatening signs of distemper are the hardening of the foot pads and corrosion to the enamel of the teeth. While the infection is still present, it can show obvious signs through the hardening or thickening of the pads on the dog’s feet. Over time, even years after the infection has been treated, hard pad disease can develop and may need to be treated.

As the disease progresses in puppies, it will eventually kill the cells that are responsible for producing the enamel on the dog’s teeth. This will be most evident on teeth that have not yet fully formed or those that are just emerging from the gum line. Over time these teeth should begin to erode on their own and don’t usually need further veterinary care.

Some of the more serious, life-threatening signs of the disease can be a deterioration of motor skills as well as mental capabilities, seizures, paralysis, as well as a severe inability to coordinate their movements. Over time, a dog’s eyesight can also greatly begin to deteriorate, which could even lead to blindness.

Dogs that suffer these long-term life-threatening symptoms are usually euthanized because of the pain and suffering the long-lasting conditions of the disease causes them.

Up until the last couple of decades, the most obvious signs of distemper were fever, respiratory problems, neurological problems, thickened footpads, and a lack of vaccinations in their medical history. However, more recently it’s been found that these symptoms can also be caused by canine hepatitis, the herpes virus, parainfluenza, and leptospirosis, which makes diagnosing distemper much more difficult.

When a dog has been vaccinated for distemper, especially older dogs that have completely up to date vaccinations, it can be even more difficult to diagnose.

The most common test for diagnosis is staining a slide with a solution known as Diff-Quik Solution and then brushing that slide against the lining of the dog’s bladder. If infected cells are found on this lining they will turn the slide red, indicating that the dog is infected with the disease. 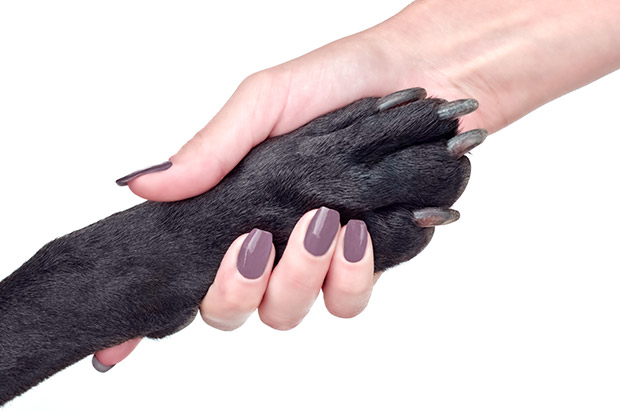 Unfortunately, there is no treatment for distemper but your vet can provide you with antibiotics that will help ward off infections caused by the disease, such as pneumonia. If severely dehydrated or showing signs of becoming seriously ill, the vet may also want to put the dog on intravenous fluids to keep them as hydrated and healthy as possible.

While there are some medications currently in their trial phase, vets largely agree that dogs simply have to ride out the infection and hopefully, become a survivor from it.

Because distemper is such a serious disease with possibly severe consequences, prevention is the key in keeping your dog as healthy as possible. Older dogs should always make sure that their vaccinations are up to date, and that the distemper shot is always included whenever needed. Puppies cannot be vaccinated until six to eight weeks of age, but they should also be given the distemper shot as soon as they are old enough. Those who have puppies are recommended to keep them away from other dogs, as well as any environment where they could contract the virus (when visiting another dog’s home).

Dog owners, no matter the age of their dog, also need to make sure that the kennel, food bowls, and other items your dog uses are cleaned regularly to stop the infection from spreading into your home.

Distemper is a very serious disease that can have the most serious consequences for your dog. In addition to understanding how to prevent it, also familiarize yourself with the warning signs and symptoms. If your dog contracts distemper, time could be of the essence and they need to see a veterinarian as quickly as possible.