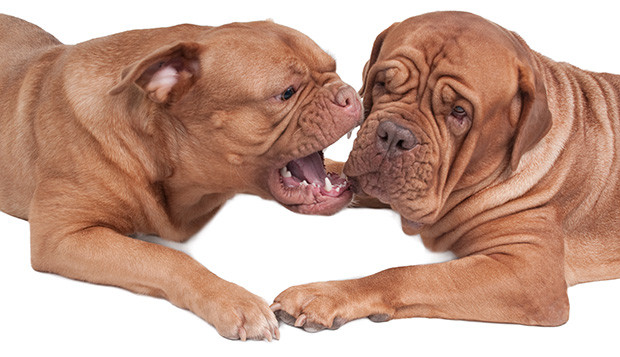 When NFL quarterback Michael Vick was charged with involvement in dogfighting, it enraged the nation and brought the issue to light. However, even though it might not make the papers every day, dogfighting is a heinous crime that occurs just about everywhere. Dogfighting involves some of the cruelest treatment of dogs and although it’s sometimes referred to as a “sport”, it’s simply criminal and illegal in all 50 states.

The reason people such as Michael Vick participate in or own a dog ring is because of the huge profit they can generate. People not only have to pay to watch the fight, but there’s also a lot of gambling that goes on before and during the fights. The Virginia Pilot estimates that dogfighting is a $500-million industry, and that despite its illegality, is only rising in popularity. In addition to the cruelty of animals, dogfighting also brings with it several other illegal activities including drugs and illegal weapons. It’s for these reasons, and so many more, that it’s so imperative that dogfighting is stopped.

There are two main types of dogfighting: street fighting and professional fighting. Street fighting is much less structured and is organized primarily by gang members who are trying to improve their status. One dog from two rival gangs will fight and whichever one wins gains their owner, or their gang, a few more bragging points. These fights typically take place in abandoned buildings, alleyways, and garages. The fights are typically impromptu, with no real organization or planning beforehand.

Although this might be the more “casual” form of fighting, it’s also the type that’s growing the fastest in popularity. According to CNN, up to 100,000 people in the United States are taking part in street fighting.

Professional dogfighting remains underground, but is still highly organized. Being backed by crime, extremely large amounts of money change hands, and there’s much more put into the fight than just getting two dogs together. Some dogfighters write and publish their own magazines to give spectators results of the latest fights, and some even show the chart lineages of their most successful fighting dogs. While some dogfighters prefer to keep it part-time and keep the fighting within their own local community, others make it their full-time source of income and travel a great deal to show off their dogs, breed and train their animals, and go to fights outside of their local area.

Dogfights can take place in just about any venue but in rural areas they’re typically found in forests, barns, or fields. In urban areas however, where space is a bit more limited, garages and warehouses are typically the go-to locales. In the center of the venue there’s a ring, about 8 to 20 square feet and with walls that are typically two or three feet high. Professional dogfights will also have a referee present to oversee the fight.

Owners of the dogs are required to weigh their animals before the fight, and to wash them. This is to ensure that dogs are fighting in the same weight group, and that their coats haven’t been covered in oil or poison (to make it difficult for other dogs to hold onto.) Both dogs must also be washed in the same water.

The fight will begin with a call of some sort. In professional dogfighting, this will come from the referee. Once the fight has started, handlers can shout out to their dog, but they cannot enter the ring or interfere at all. The fight continues until one dog can no longer fight. This can be because they refuse to fight, they jump out of the ring, sustain serious injury, or because of death. During a professional dogfight, the referee will call a “turn” every time a dog turns to their handlers; this could happen because the dog needs to be “unfanged” (have their lip taken off of one of their own teeth that it got stuck on), or to get some water.

Dogfights can go on for several hours and from start to finish they are brutal, gruesome, and cruel. Typically the fight only ends when one dog has been killed and, handlers often kill dogs that have lost a fight. These killings are just as brutal, if not even more so, than what happens in the ring as they can involve drowning, electrocution, hanging, shooting, burning, or beating a dog. Some of these methods were described in the dogfighting ring Michael Vick was involved with. Even if a dog survives the fight, and any consequences afterward, they often die from blood loss, dehydration, or infection.

Out of The Ring

It’s clear that when it’s time to fight, dogs do not have a good life. However even out of the ring, fighting dogs are not treated well and live a very sad life. While they are not fighting or training, dogs are kept in kennels or pits, and both are usually covered in blood. Handlers aren’t usually interested in spending their money on vets (and having to answer questions,) so they’ll give their dogs antibiotics without any real knowledge of how to prescribe or what dose to use, or they’ll use some of the crudest medical methods, such as stapling wounds shut.

Dogfighting is illegal in every state, although Idaho and Wyoming are the only states to deem it a misdemeanor rather than a felony. With the exception of Georgia, Idaho, and Nevada, it’s illegal in all states to own dogs for the purpose of fighting. In New York, Texas, West Virginia and Wyoming, this practice is considered a misdemeanor but in all states, it’s determined to be a felony. While most states even make it illegal to be a spectator at a dogfight, in 26 it’s a misdemeanour while the other 26 states that make it illegal consider it a felony. Along with the actual dogfights, involvement in the activity can bring about other charges including animal cruelty, child endangerment (if children are allowed to watch the fights or brutality), or operating a kennel without a license.

The Humane Society says that one of the biggest problems is that dogfighting is a crime that’s very difficult to police, because authorities can only arrest someone if they actually catch them in the act of dogfighting. This is difficult because the location of the fight is always kept highly secretive, and attendance is tightly controlled and monitored.

What Can You Do

The public is rightfully disgusted whenever they hear of another dogfighting story, and they’re always left wondering what to do. One of the best things you can do to put an end to it, especially in your area, is to know the signs of dogfighting and be on the lookout for them. Some of those signs are:

If you see these signs, or just want to do everything you can to put a stop to dogfighting, here are some things you can do:

Dogfighting is a heinous and cruel crime and one that destroys communities, not to mention the dogs that are involved. It’s important that each member of the public be on the lookout for it, and report it as soon as they suspect it’s happening. This is the only way to help protect the dogs involved that cannot speak for themselves.