Giardia in Dogs: Symptoms and Treatment 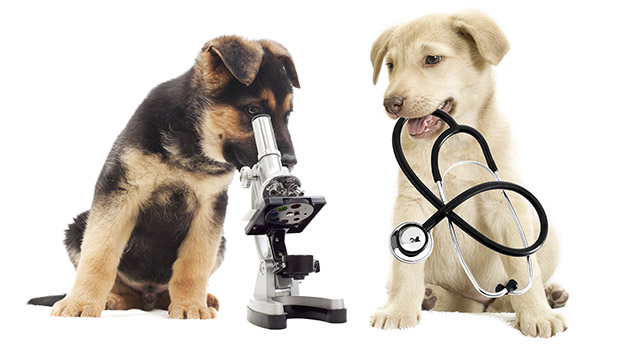 Giardia is a parasite that can sometimes be found in the small intestine of cats and dogs. While giardia is the name of the actual organism, when a dog has been infected with giardia, they are known to have “Giardiasis”. From transmission of the disease to testing and treatment, just about everything about this parasite is highly debatable and highly unknown. One thing that is known is that, although giardia in dogs is common, becoming sick with giardiasis is not.

There is a little bit that’s known about how dogs contract giardia. It begins with them eating the cyst of the parasite, usually after smelling or being around another animal’s feces or urine. Once the parasite has settled into the small intestine, the cyst releases trophozoite, the active form of the parasite. These trophozoites move about and have small hair-like structures on their sides that help them to do so. These make their way to the wall of the small intestine and attach there, allowing them to reproduce by simply splitting in two.

The parasites will continue to split and reproduce until finally they will form a wall around itself where it will eventually be passed through the feces. When these feces are left on the ground they can then begin contaminating their surrounding area, water, other animals, and possibly even other people.

Symptoms of Giardia in Dogs

The unknowns about giardia start with identifying the symptoms. Often, because a dog can carry the parasite without actually becoming sick, it can be very hard to recognize. If a dog does become sick with giardiasis, the main symptom is diarrhea, but that too can be acute, chronic, or intermittent. While the dog will typically eat as often and enthusiastically as usual, they may begin to lose weight, which can be an indicator that they have picked up the parasite.

Another one of the biggest symptoms dogs will display can be found in their feces. Because these balls of parasites are now residing in it, they will typically be very pale, have an unusually bad smell, and may look greasy in appearance.

Giardia will interfere with digestion in other ways than just giving the dog diarrhea. With giardia present, the proper nutrients your dog needs for optimal health cannot be absorbed, and they can cause damage to the wall of the small intestine that they attach to. This is typically only seen in cases where dogs have gotten very sick from giardia.

While it’s known that dogs can pass giardia to other dogs, as well as to beavers and other wild animals, it’s not known if they can pass it to humans. The belief that they can largely stems from the fact that humans have become infected with giardia before, after drinking water that had been contaminated with the parasite. However, the source of the giardia in these cases came from improper sewage systems in the location that had the giardia so humans were contracting the parasite from other humans, not dogs.

But that’s not to say that it’s impossible for dogs to pass giardia to humans. The fact of the matter is that there are so many species of giardia – and so many unknown species – that researchers simply don’t know enough about them yet to determine if they can be transmitted to humans.

This parasite and disease can be very difficult to diagnose because not every stool will have giardia present.

Veterinarians will often do a series of tests for three consecutive days with the hopes that giardia cells will turn up in at least one of them. When they do, they can then have further diagnostic testing done on them.

However, sometimes giardia doesn’t turn up in the stool during that time frame, and the presence of giardia doesn’t always mean that the parasite is the cause of the diarrhea, or if there’s another issue that’s not being addressed because giardia is already suspected. It’s for all of these reasons that diagnosing giardia can be one of the most difficult things about this particular infection. 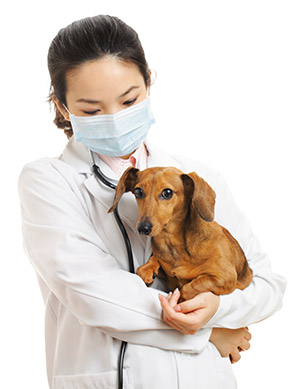 Not surprisingly, treating giardia is highly debatable, too. A dog might be suffering from signs of giardia, and have the symptoms and medical history to indicate they are, but giardia is not found in the stool. This can pose a problem for vets because, a dog may have giardiasis but with no giardia passed in the stool samples that were provided. So, what are they to do?

Most vets will treat the giardia if the suspicion is that strong that it’s present. This is because treatment will not hurt the dog and, because there’s still the unknown of transmission to humans, most veterinarians would rather be safe than sorry.

Another controversial point that comes up in the treatment of giardia is when the parasite is found in the stool but the dog is not showing any symptoms or sign that it’s bothering them. In these cases as well, treatment for giardia is usually given to prevent the transmission to other animals and possibly people.

Because there’s so little known about the organism and the condition, prevention of giardia is most important. Some of the best steps to take for prevention are:

The most frustrating thing about giardia in dogs, especially for owners that think their pet might be infected, is that there is so little that is known about this digestive organism and so, it can be difficult to treat. The best answer an owner has is to practice the prevention tips, keep a vigilant eye on their dog as well as their dog’s feces and to continuously be looking for signs of giardia, and take their pet to the vet at the first sign of it.