How Do Cats Communicate with Each Other 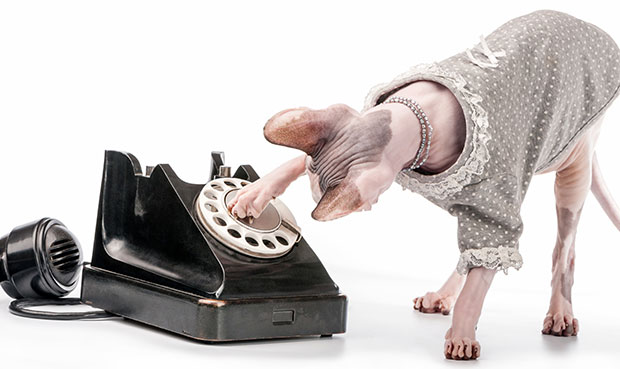 Here is a typical “conversation” between 2 cats. Can you understand them?

The first form of communication that we think of when we think of cats is vocalization, or meowing. Just think, when you ask a child ‘what does the cat say?’ they reply with ‘meow’.

There are a lot of different types of meows. They may meow with different pitches, intensities and volumes for different emotional or physical reasons. If a cat is meowing loudly, it is typically a sign of fear or anxiety. If they are meowing intensely, then typically they are showing that they are confident and content.

Kittens are more likely to meow more often than adult cats. This is because they use their meows to communicate with their mom. They communicate when they are hungry or need something, and the mother cat is able to understand what it is that they need.

Did you know that once kittens are old enough to be weaned and off on their own, cats really wouldn’t have a need or a desire to meow if it weren’t for communicating with humans?

Adult cats tend to meow more to humans than to other cats, and perhaps this is because some humans don’t take the time to understand the more subtle ways that they communicate. Meowing isn’t their ‘standard’ form of communication. When we humans don’t pick up on their nonverbal communication, it leaves them no option but to meow to try to get us to understand their needs. This is why they may meow when their food bowl is empty or when their water bowl needs to be refreshed. If your cat is meowing, chances are they are trying to tell you something.

Other Types of Verbal Communication

Aside from meowing, cats will also use other types of verbal communication.

If you think about it, us humans have several ways to communicate through verbalization, so why should cats be any different? For instance, they may purr, growl or even howl at times. Purring is typically a sign of contentment, but mother cats use purring to help soothe their newborn kittens. Cats will typically only growl or howl if they feel threatened in one way or another, or if they are being hurt.

If you ever hear a cat growling or howling at another cat, you might want to keep your distance. Chances are they are trying to show each other who’s the boss.

It’s Not All About Verbal Communication

The first thing that you should understand about a cat’s communication methods is that they aren’t always verbal. 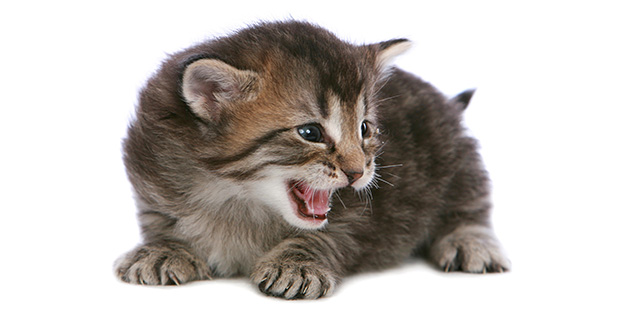 It’s All in the Body Language

We all know that humans communicate both verbally and nonverbally through body language and expression, but what you may not have known is that body language is one of the main things that cats use to communicate as well.

Cats will use certain types of postures and body languages to mean different things. They not only take on different postures around other cats, but they also do it around us humans! They may move their eyes, ears or tail in a certain way, and this may indicate their mood. This usually is an indicator of whether or not they are in the mood to interact with other cats, or people for that matter. Let’s take a look at a couple examples.

If your cat is inviting company from another cat or a human, then they may roll over and expose their abdomen as a sign that they want affection or attention. This is also one of the ways that female cats let male cats know that they want to mate. Typically, if a cat does this, their mood is pleasant and they are open and inviting to attention.

We all know how cats can go from loving one minute and ready to fight the next. They are really fickle animals. If a cat has their back arched, with their tail stiffened and puffed out, you might want to steer clear. They may even bare their teeth or unsheathe their claws. This is just them communicating that they do not want to be bothered, and that they are ready to fight if it is necessary.

When a cat goes up to another cat and starts batting their lashes with slow blinks, it is typically a sign of affection. Research indicates that when cats close their eyes around other cats, they are showing a sign of trust. If you notice cats blinking slowly, almost like they are batting their lashes, then you can rest assured that they feel safe and are very trusting.

4 – Talking With Their Tail

Did you know that cats really do a lot of ‘talking’ with their tail, so to speak? If your cat has his tail held high, it is usually a sign of confidence. When cats curl their tails around each other’s, it is a sign of being friendly. If their tail is tucked down between their legs, then they may feel insecure or anxious. Paying attention to your cat’s tail is important. It can tell you a whole lot, if you just learn the ‘cat language’.

Most people think that eye contact means that you are being affectionate, but with cats that is not the case at all. Typically, if the cat is staring down another cat, they feel threatened in one way or another. Have you ever noticed while in a social setting that cats tend to be more inclined to go up to the one person that isn’t paying them any attention? This is because they don’t like eye contact unless they are afraid, and then it becomes the ultimate stare down.

Scent markings are another really common way that cats communicate. In fact, this is probably their main form of communication with other cats.

Cats will often rub their heads and cheeks together when they are comfortable with each other. This is natural for them to do, and you see it most often in homes that have kittens that were raised together. Cats have glands in their faces that release chemicals known as pheromones. These pheromones indicate a cat’s weight, health, age and reproductive status.

The glands on the face aren’t their only means of communication through scent. In fact, cats also have paw pads on their paws that release scents. This is why you will often find cats kneading. They are leaving their scent behind. Most of the time, this is just their way of being territorial. Cats are very territorial animals. Male cats also tend to spray as a way of marking their territory.

As you can see, cats really have a variety of different ways that they communicate. The next time you see two cats together, take a closer look at their verbal language, body language and even pay close attention to see how they may be communicating through scent. You may be surprised to learn that cats communicate more than you thought they did.