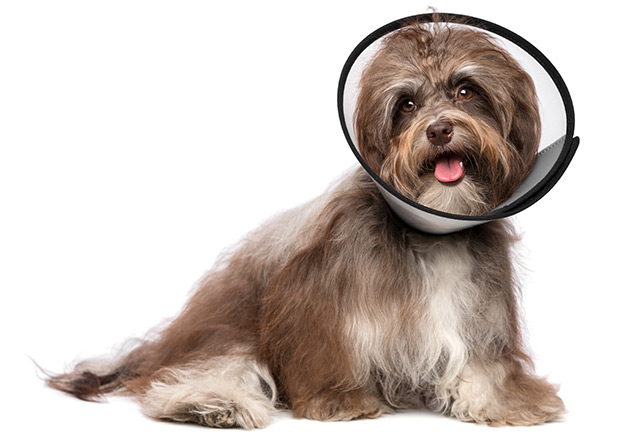 Neutering a dog involves the surgical removal of a male dog’s testicles including his testicular epididymal, sections of testicular blood vessels, and spermatic ducts. Essentially, any parts of the male reproductive system that are responsible for sperm production, sperm maturation, and secretion of testosterone are removed. Removing these makes the male incapable of impregnating females and producing offspring.

The process of neutering a dog is both physically and emotionally draining for both the dog and his owner. The decision to do it is very personal and can only be decided by the pet owner. While there are benefits to having a dog neutered, there are also some potential downfalls, including complications after surgery. Should you decide to have your dog neutered, you’ll also have to take many things into consideration including his age, and what after-care you’ll need to provide after the surgery.

Reasons and Benefits of Neutering a Dog

Many veterinarians and animal and pet advocacy groups are very vocal in their support of having pets neutered. The reasons they give for doing so are many, but here are a few of the most commonly cited:

Potential Downfalls When Neutering a Dog

While there are many benefits to neutering a dog, nothing is perfect and just like anything else, there are some potential downfalls. These include:

The age that a dog is neutered is very important. If it’s too late in life, he may not benefit from all the other advantages of neutering that he otherwise would have. If it’s too early however, he may suffer from major complications due to surgery.

Around the globe it’s generally recommended that dogs are neutered when they’re around the ages of 5 to 7 months old. Doing so will lessen his chances of getting testicular cancer or exhibiting unwanted behaviors due to testosterone.

Having a dog neutered before that 5 to 7 months recommendation can actually be quite dangerous. Because the liver and kidneys of infant puppies aren’t yet fully developed, they’re not completely capable of handling the anaesthetic drugs that have to be administered before the surgery. Due to this, puppies this young are more likely to suffer severe side effects and have a longer recovery period.

Some dog owners will say that it’s inconvenient to wait until the 5 to 7 months age mark because they’re worried that they’re early-maturing dog will father a litter before then. Others, who choose to install a microchip in their dog, must wait 5 to 7 months to have that done as well, meaning they’ll need to wait even longer for the neutering process or risk losing their dog.

The Day of The Surgery

Prior to the day of the surgery, your vet will go over a number of things important to remember for the day of the appointment. Here are a few things that might be included, although this list is certainly not exhaustive:

It’s not likely that your dog will be required to stay at the hospital after the surgery and typically, after a short recovery period, you are free to take them home. This can be overwhelming, as many dog owners are worried about their ability to care for a dog that’s just had surgery. Rest assured however, that your dog will likely not need much more than he did before he had the surgery, and will likely even spend the first few days sleeping much of the day.

Here are a few tips to remember when caring for a dog that’s just been neutered:

Of course there’s risk of complication with any surgery. When it comes to having a dog neutered, they include:

Neutering a dog is a very big decision, and one that you must make very carefully after weighing all the options. It’s important to know that while there are risks associated with any surgery – whether in dogs or in people – most procedures are very successful and show few, if any, side effects or complications at all. If you think it’s time to get your dog neutered, speak to your vet about it and make sure all of your fears are addressed and your questions are answered before booking the surgery.