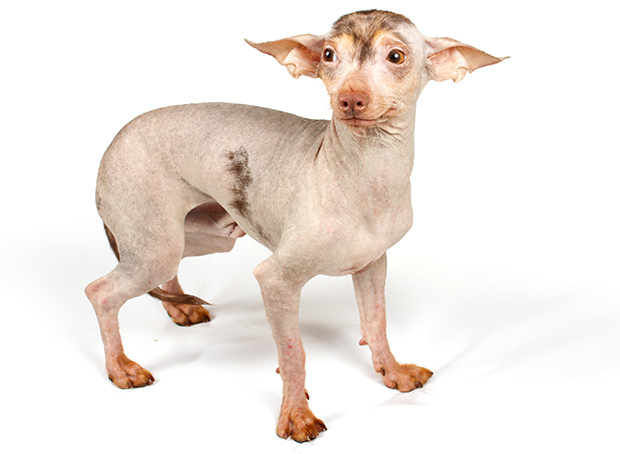 Pyoderma is a bacterial skin infection that typically presents itself as papules or pustules that start to appear on the skin. Pyoderma in dogs can be worrisome for a pet owner, but although pyoderma can take weeks to clear up, the prognosis for a dog with pyoderma is usually very good. When young puppies get the bacterial infection, it’s known as impetigo.

Symptoms of Pyoderma in Dogs

You will most likely first notice that your dog is suffering from pyoderma when you see the pustules form on the skin. They are red with a white center that’s filled with pus, and they look very similar to pimples on humans.

Other signs of pyoderma may include:

Causes of Pyoderma in Dogs

Pyoderma can be caused by a number of different factors. They include:

Pyoderma is fairly easy to diagnose, as vets can easily analyze the pustules that have formed on the skin. However, they will also take a full medical history, especially pertaining to any skin conditions your pet has had in the past. Family history, if known, might also help determine if genetics is the cause. Once a clinical examination has been done and medical history has been taken, the vet may still want to perform further tests.

Blood tests may be taken to determine if a dog has an endocrine disease, such as Cushing’s disease or hypothyroidism. They may also take a skin and fungal culture so that they can be sent to the lab for a full analysis. If the dog was taking any antibiotics prior to experiencing the pyoderma, an antibiotic sensitivity test may also be done to determine if that medication is the cause of the problem. If the dog has also been suffering from allergic dermatitis before the pyoderma started, an allergy test might be done to determine what the specific allergies are.

If antibiotics are prescribed, they will need to be administered for two to six weeks, and typically several times a day. Of course, if antibiotics were the cause of the pyoderma in the first place, an antibiotic sensitivity test will definitely need to be done first to ensure that the antibiotics prescribed won’t worsen the condition further.

Topical treatment might be prescribed as an alternative, or as a supplemental treatment to antibiotics. These might include sprays and shampoos that contain benzoyl or chlorhexidine. These treatments won’t only help clear up the infection but they might also make your pet feel more comfortable while the pyoderma clears up.

While your pet is undergoing treatment for pyoderma, it’s even more important that they’re provided with clean, dry bedding at all times. Padding it with extra blankets and/or pillows can also help alleviate pressure on the pustules while the dog is sleeping and can also help keep them comfortable.

Typically antibiotics and topical treatments are enough to clear up most cases of pyoderma, although it may take several weeks for that to happen. Chronic or recurrent pyoderma in dogs might need additional testing to determine why the condition continues to come back. Continuing treatment with the topical shampoos and sprays, even when the dog is not breaking out in pustules, can help prevent the condition from coming back.