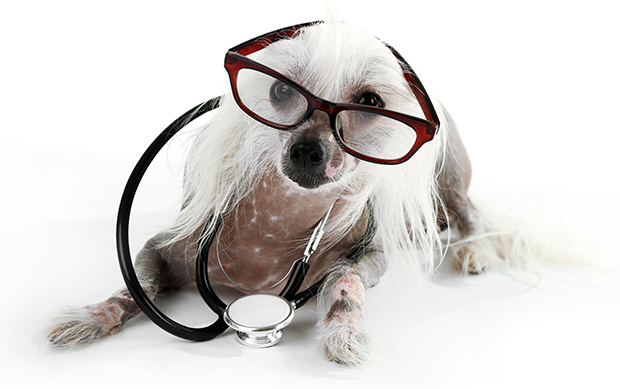 Staph infections are caused by bacteria known as Staphylococcus. This bacterium is extremely robust and opportunistic, and is present just about everywhere. Staph bacteria can be commonly found on the skin of people and animals, but it can also live freely in the environment, without a host. Whether it’s in the environment or on skin, staph bacteria don’t typically cause problems. Instead, they wait until a person’s or animal’s skin becomes irritated or their immune system is compromised. Once that occurs, the bacteria invade, start to multiply, and an infection occurs either on the skin or in the upper respiratory tract. The medical term for a staph infection in dogs is Staphylococcal Dermatitis.

Causes of Staph Infection in Dogs

All dogs bite, lick, and scratch their skin. This can be due to allergies, parasites, or just something that makes them itch. While this is normal, if the scratching or licking becomes excessive, it can tear and irritate the skin, welcoming the staph bacteria in. This irritation of the skin is the main cause of staph infections.

Older and younger dogs are more prone to staph infections because of their weakened immune system. The staph bacteria can also enter the system much more easily when the immune system is compromised.

Because the staph bacteria live on the skin and in the environment, the bacteria can be transferred from person to person, animal to animal, and sometimes even animal to human. However, the infection that results is not contagious.

Symptoms of Staph Infections in Dogs

You will most likely be the first to notice your dog’s staph infection as in most cases they appear as raised red pustules on the skin that look very much like pimples. There is another form of staph infections that also presents itself as pustules, but these are characterized as being circular with a crust forming around the edges, and hair loss visible in the center. If your dog is suffering from a staph infection, they may also show other symptoms including:

Diagnosing a Staph Infection in Dogs

If you think your pet might be suffering from a staph infection, it’s important to get them in to see a vet right away. Staph bacteria will only continue to multiply and make your dog sicker and sicker so it’s important to start treatment as soon as possible.

Your vet might be able to make the diagnosis of a staph infection right away just through a physical examination of the dog. However if they want confirmation they may take a skin biopsy or bacteria cultures for further testing. Testing the skin can also reveal if the condition is due to allergies, staph, or another condition.

If there is an underlying cause of the infection such as allergies, parasites, fleas, ticks, or other irritants, the vet will start treatment for that before treating the staph. This is because if the underlying condition is not treated, the staph infection will only return after treatment.

If there is no underlying cause, or if it’s already been treated, the vet may start by prescribing a course of antibiotics that will run for several weeks. In conjunction with the antibiotics, the vet may also prescribe antibacterial shampoos that will help clear up the infection as well as help relieve the itching and make your pet more comfortable.

Once treatment has been completed the staph infection may return, even if there is no underlying cause. When this happens it’s usually due to an allergy to the staph bacteria itself and the pustules can come back. While this may look similar to a staph infection, it’s a different condition known as staph hypersensitivity. This is a chronic condition and if your dog suffers from it, they may need to see the vet regularly to receive small injections of the staph bacteria. Treating the pet in this manner will help make the dog’s system more immune to the bacteria. This is called desensitization therapy. While this works well in many dogs that suffer from staph hypersensitivity, some will still require the long-term use of antibiotics and medicated shampoos.