Why Do Cats Rub Their Faces Against Everything? 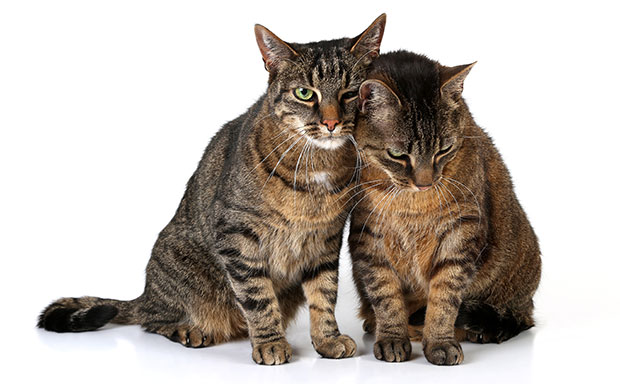 Cats have a lot of funny behaviors, but one that people notice most often is the fact that they tend to butt their head into everything! We are often asked why cats do this, and today we will take a closer look at why they do this and what it means. Typically, when a cat comes up and rubs his face onto something, it is a form of communication. They are trying to communicate something or another, but it is up to you to determine what they want to communicate.

Before we get too far into why cats rub their faces against everything, we will first take a closer look into the anatomy and physiology of felines. By doing this, it will help you to have a better understanding of why they act the way they do. The truth is, it may seem silly to you that your cat is always rubbing up onto things, but for them it is just instinctive. Here’s why.

First and foremost, it is important to understand that cats have Cat’s Scent Glands in their forehead, paws, flanks, rear, and lips. These glands release Pheromones on Wikipedia, which is a chemical form of communication. There are various different types of pheromones that can be released, each with a different message to be communicated. One of the most well known function of the pheromones is to communicate information about mating; though, this isn’t their only purpose. These pheromones can also be used to mark territory, or even signal comfort. Pheromones are unique, much like our human fingerprints.

The pheromones that are released from the scent glands on the forehead are typically calming. When your cat rubs their face against something, they are leaving their own scent behind to remind them that it is safe. Other cats that pass by will usually stop and smell the scents that have been left behind, and they may even rub their own face on it to leave behind their own scent. These scents are much more than an identifier. It will not only identify which cat was there, but it can also give information about when he was last there, what direction he was going, and even the mood that he was in when he was there.

Your cat may also rub their head up against your legs, leaving their scent on you as well. This is again a sign of affection, and they are claiming you as their own. They just don’t realize that they often do it at the most inopportune times!

Other Forms of Communication

Aside from being one of the main ways that cats mark their territory through scent, rubbing their head up on things can also be a way for them to communicate a sense of urgency. Say, for example, your cat was hungry, he may rub his head on you to get your attention. This is not uncommon. Cats may also do it when they are seeking affection or attention from you. Sometimes you have to read between the lines to determine what it is they are trying to communicate.

If you have multiple cats in the home, then you may actually notice that they rub their heads together from time to time. This is called head bunting, and typically only cats that are really comfortable with one another will do this. They will rub their heads together and mix their scents. This helps them to share the home without one becoming more territorial than the other.

So, if your cat is always rubbing their face against everything, you can rest assured it isn’t because he has an itch and is trying to scratch it. It really is just a gesture of love and affection. It goes to show the type of relationship that you have with your cat. If your cat trusts you, chances are they will rub against you and share their scents, marking you as their human. Try not to get too upset over it!