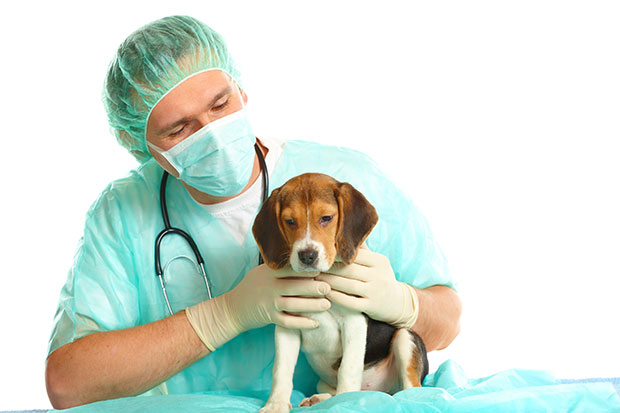 Getting a diagnosis of cancer for your sick dog can be one of the scariest things any pet owner can face. But just like when people get cancer, a diagnosis of cancer in your dog doesn’t automatically mean that you’re going to tragically lose them. In fact, many cases of dog cancers can be treated and even removed entirely. It is important that if you’ve been told that your dog has cancer you get a second opinion, preferably from a veterinary oncologist who specializes in cancer in dogs and can give you a better understanding of both the diagnosis and the required treatment.

It’s also important to remain calm so you can fully understand the treatment options and make decisions regarding the health of your pet. The chances of a dog surviving cancer can be quite good, especially if it’s caught early.

Cancer is a very difficult disease to fully understand, which is why it can be so difficult to treat and why there is currently no cure. When cancer begins to develop in the body, cells will start to grow at a rapid pace and they’ll start to intrude on tissues, organs, and other cells. There are many different types of cancer and while people typically only think of where the cancer is localized, such as in breast or lung cancer, there is also lymphoma, which is cancer of the lymph nodes; mast cell tumors, which are a type of skin cancer; and mammary gland tumors, which include breast cancer or soft tissue sarcomas.

Bone cancer (Osteosarcoma) is a type that is particularly common in dogs.

Some people believe that the incidence of cancer among dogs is higher today than it ever has been before; and this is true. But it’s not because there is more pollution in the air or because the gene pools are becoming too dense. It’s simply because people are taking better care of their pets. Largely pets are kept inside, so there are fewer incidences of accidents, such as when a dog wanders into the road and gets hit by a car. Things such as food and veterinary care have also improved vastly over time, and these are contributing to longer lives for dogs. More dogs are simply getting to an age where developing cancer is likely and so, the cancer rate among dogs goes up.

Like in people, there are no known causes of cancer. However, also similar to their human owners, there are proven environmental and hereditary factors that can contribute to the development of the disease.

Which Dogs are Most Prone to Cancer?

Cancer is caused by both environmental and hereditary factors, but hereditary plays an even bigger role in cancer in dogs than it does with cancer in humans. This is because specific breeds are known for being more prone to cancer, and when dogs from that breed are pure-bred, there’s an even bigger chance that they’ll develop cancer because their gene pool is so small and that cancer gene is likely to be passed down to multiple generations.

Specific breeds that are known to have a high incidence of cancer are: Golden Retrievers, Boxers, Flat-Coated Retrievers, Bernese Mountain dogs, and Boston Terriers. Breeds that are very large such as Great Danes and Saint Bernards are also much more likely to develop bone cancer based on their sheer size than breeds that are smaller in stature.

Dogs that are mixed breeds however, are a part of a much larger gene pool and don’t have the same gene being passed down to them over and over again. Because of that, mixed breeds are much less likely to develop cancer due to hereditary reasons. However, they are still just as much at risk for cancers caused by environmental factors, or spontaneous cancers.

Symptoms of Cancer in Dogs

Also just like people, one of the main symptoms of cancer in dogs is a lump anywhere on their body. Dogs naturally have lumps and bumps all over their body, even more so than humans, so it’s important that when you find a lump, you don’t panic. While these lumps are not always malignant, it’s still important that you bring it to your vet’s attention as soon as possible. They will want to keep record of it and if necessary, perhaps even perform a biopsy of it.

Learn how to check for signs of lymphoma:

Other symptoms of canine cancer are:

Pet owners should know that while some of these symptoms might be present, cancer sometimes doesn’t show any symptoms or their cancer might show up as completely different symptoms. Any time you think your dog isn’t feeling well or that there might be something wrong, always take them into the vet for further examination and possible diagnosis.

Diagnosis and Treatment of Cancer

If the cancer has been discovered through a lump on the dog’s body, most likely a biopsy of it will be taken. During this procedure a small amount of tissue will be extracted from the lump with a needle. This tissue will be sent to a pathologist for further examination and to test for cancerous cells.

Radiographs, ultrasounds, blood tests, and other diagnostic tests might be given in conjunction with a biopsy, or separate from a biopsy if there is no lump present.

If it’s determined that your dog has cancer, there will likely be many treatment options available and many of them are the same options that are available to people that have cancer. They include: radiation, surgery, chemotherapy, and immunotherapy. Dogs with cancer may just use one of these forms of treatment, or a combination of treatments.

The cost of treating a dog with cancer can become quite high quite quickly, after just a few treatments. Even before treatment can begin, diagnostic testing needs to be completed to identify the cancer. This can cost anywhere from $200 – $1,000. After the diagnosis has been made, treatment will begin. That can be very expensive, costing anywhere from $1,000 to $15,000. Of course, the cost of treating a dog with cancer will always depend on the type of facility you use, as well as the area you live.

Whether due to cost, old age, or other reasons, sometimes dog owners choose not to treat the cancer at all.

This is a very personal choice and sometimes, can really be the best thing for the animal. However, it’s important to make any decision regarding your pet’s health based on what will be best for them. Because of this, if you choose to forego treatment and concentrate on palliative care for your pet, it’s essential that pain relief is offered so the dog does not suffer. Also remember that even if your pet’s cancer is not curable, most dogs benefit from some form of treatment, even if only slightly.

Because there is no one main cause of cancer, or at least not one that’s known, it can be difficult to know how to prevent it. However, just like it’s known that people who smoke are more likely to develop cancer, there are some things that can be done to lower a dog’s chance of developing cancer.

The biggest thing pet owners can do to prevent some common forms of cancer are to get their dog spayed or neutered. If a female dog is spayed before her first heat cycle, her chance of developing breast cancer drops dramatically. Spaying a dog at an early age will also greatly alter her hormonal balance, which will also help ward off cancer in the future. And if a male dog is spayed at a young age, he has zero chance of developing testicular cancer. 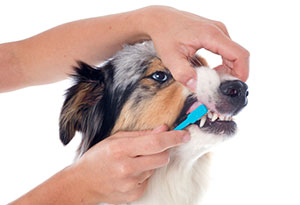 If the dog you want to bring home is a purebred and you’re greatly concerned about them developing cancer, ask to have their line checked to see if cancer was ever present. The shelter or breeder that you get your dog from should be able to access this information very easily.

Oral care has been proven to be very important in a dog’s overall health, but it’s especially important when you’re considering oral cancers and how to prevent them.

Getting a diagnosis of cancer in your dog is always very frightening, and it’s natural for our thoughts to turn to the very worst case scenario. However, keep in mind that cancer in dogs is often very treatable and in some cases, even curable. This is especially true when the cancer is caught early, so it’s important to keep a keen eye on your pet, especially if they’re over the age of ten, and to take them to the vet at the first sign that they’re unwell.