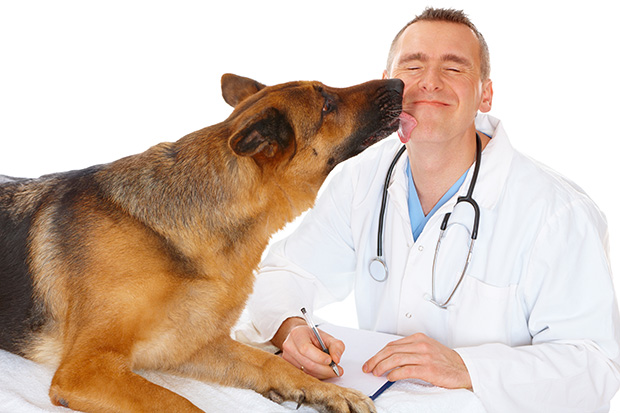 Hookworms are one of the most common intestinal parasites among dogs and cats. They are very thin worms that are only about one-quarter to one-half inch in size. Even with treatment the parasites can cause severe diarrhea and anemia within the animal and if left untreated, the animal could sadly die. While they’re found throughout North America, different types of the species live in different areas, depending on the climate. These parasites can be transmitted to humans, usually without any real consequence. Hookworms in dogs however, can be very serious and can make your pet quite sick.

There are four main types of hookworms:

Canine and feline hookworm can be found primarily in semitropical and tropical climates while Northern canine hookworm, as the name implies, prefer colder areas in the north.

What Causes Hookworms in Dogs?

Hookworms can infect an animal when they enter a host, either through ingestion or by burrowing through the skin. Once living in the host animal, they use their teeth, or hooks, to attach themselves onto the host’s intestine and suck blood and tissue fluids from the host. In addition to being painful and uncomfortable, this can also lead to severe blood loss and malnutrition. These adult parasites will lay eggs which will largely be passed out through the feces. Once the eggs hatch, the larvae will swim through dew and vegetation, looking for a host.

There are three ways that they can end up finding one:

Hookworms can also infect humans by burrowing through a person’s skin, typically through the bare feet and travel through it. This can cause lesions to appear, which will sometimes break open when they reach the surface of the skin. Human infection is not serious and the larvae will typically die within two weeks and the infection will clear up. This doesn’t mean that humans won’t suffer any consequence from hookworms however, as they can cause lung disease and aching muscles.

With canine hookworms in particular, humans can suffer from intestinal infections.

Symptoms of Hookworms in Dogs

All hookworms can cause disease but with canine hookworm, that illness can be even more severe. Because hookworms feed off the blood and tissue fluid of the host, dogs can become anemic, malnourished, and dehydrated. All of these can have severe consequences, especially if the hookworms are left untreated for too long.

There are symptoms dog owners can watch for to catch the infection as early as possible. These include:

Symptoms will usually appear within 2 to 10 days of exposure, although dogs with chronic hookworms often don’t show any symptoms at all.

The only way a vet can confirm the presence of hookworms is to find the eggs in the feces. The eggs aren’t present in the feces for two or three weeks so it’s common for a sick dog to have a negative stool exam if enough time hasn’t yet passed. For this reason, vets will often recommend that the dog have another stool exam in a week or two. If the dog is very sick and still has a negative stool sample returned, the vet will often make a diagnosis based on observation, looking for clinical signs.

Because puppies can become so sick so rapidly from the infection, vets will often make a diagnosis with no stool exam, or a negative stool exam, to keep the puppy from becoming too sick.

Taking medication for roundworm or heartworm can help in the treatment of hookworm, because they are all deworming drugs and most will also kill hookworm. No matter what type of treatment is prescribed, the medicine will typically need to be given in several doses, as it only kills the adult worms and not the larvae.

Some of the most common hookworms medications are:

If you have just recently acquired a new dog, regardless of their age, they should receive treatment within two weeks and then follow the guidelines for dogs their age. When acquiring a new dog or puppy, it’s important to ask for all of their deworming history and information.

Although hookworms don’t always cause dogs to become extremely sick, prevention is still important to keep your dog as healthy as possible and keep other animals from becoming ill. Here are a few things that can be done:

Hookworms in dogs is very common, but it’s an infection that can become very serious, especially in young puppies. It’s important that all dogs are being treated throughout the year, both with medication and through fecal exams, to ensure that your dog is not sick. It’s also important to practice good prevention at all times, to keep your dog from getting sick in the first place.