How Do Dogs Communicate with Each Other 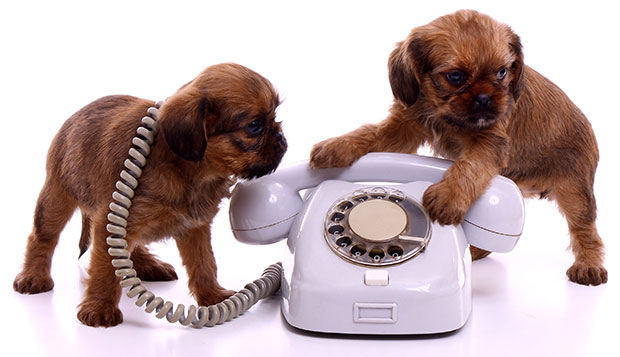 Communication is your dog’s foundation of social behavior. Your dog communicates using his body, facial expression and sounds when he is feeling a variety of different emotions. There are various components that create your dog’s unique language. Exploring the way dogs communicate will help you understand your dog better as well as observe his extraordinary skills when communicating with other dogs.

Your dog has up to 250 million scent receptor cells that allow him to explore the world through his sense of smell.

Your dog’s urine and feces also hold a scent that other dogs can smell. Dogs who place their scent in certain areas or on certain objects are doing so to either mark their territory or to send a message that they are appealing to other dogs.

It is well known that dogs can hear higher frequencies when compared to the human ear. 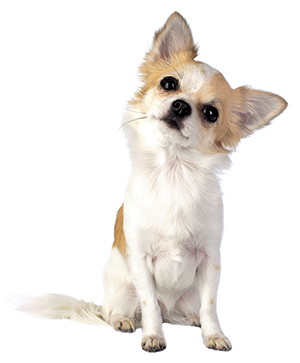 Your dog’s superior hearing skills allow him to localize sound and judge proper distance while using both ears. If your dog has ears that are upright he will have better hearing then dogs that have floppy ears. Your dog’s vocalization, also known as his bark, expresses to other dogs in the area or at a far distance what he is feeling.

In addition to your dog barking to express how he feels to other dogs near and far, he will also use verbal sounds such as whimpers, growls, grunts, howls, whines and even snapping of his teeth.

Although vision varies depending on the breed of your dog, in general, most dogs have 40 to 60 degrees of binocular field vision.

Your dog’s eyes contain rods in the retina and tapetum lucidum, which reflects light back through the rods, giving your dog the capability of seeing better in the dark compared to humans. Your dog also has an impressive ability to see in the day light. Your dog’s visual communication is an important part of his communication skills. It allows him to observe the body language of other dogs and detect what the other dog is signaling and communicating to him.

When your dog is looking at another dog either from a far distance or close up, he is observing several things, including the other dog’s posture, the position of his tail, feet, head, mouth and ears, the size of the pupil in the eyes, which direction the eyes are staring and the exposure of teeth.

The different types of body language will tell your dog the intentions the other dog has towards him and it provides your dog the opportunity to react properly.

Your dog is able to sense touch, temperature, pressure, position, pain and body movement through the receptors in his skin.

These receptors are located at the base of every single hair on your dog’s body, including his whiskers which are the most sensitive. When your dog meets another dog there is a behavior ritual that goes on. This is a natural instinct and usually involves smelling each other and observing each other. Touch is usually not involved until both dogs are either in a physical fight with each other or have agreed to play nicely together.

During interaction with another dog, your dog may exude the appearance of being either dominant or submissive.

Through body language your dog is able to express himself by displaying dominant behavior, such as standing tall, appearing tense, pointing his ears forward, holding his tail high, holding direct eye contact with the other dog, growling, distributing his weight equally on all four paws and leaning forward slightly.

If your dog is feeling submissive to the other dog by trying to make his body look smaller, he will display body language such as flattening his ears, getting low to the ground, rapidly wagging his tail or tucking his tail low, whining, flicking his tongue up and down, avoid gazing in the eyes of the other dog, hunching over, urinating and lying down on his back in front of the other dog.

During the confrontation with the other dog, your dog may choose to change his mood and express the body language of the opposite of what he first distributed in the beginning.

At times, your dog may feel defensively aggressive towards another dog. This usually takes pet parents off guard, because it is a rare occurrence. Your dog will give the other dog plenty of warning signs of the possibility of aggressive action. Your dog is actually doing everything he can not to get into a physical altercation with the other dog. Your dog prefers for the other dog just to back down and walk away from the situation. 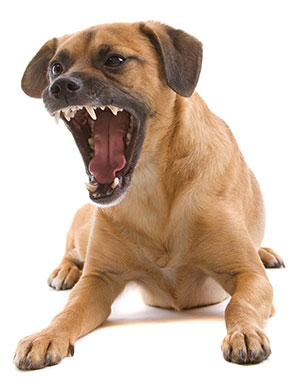