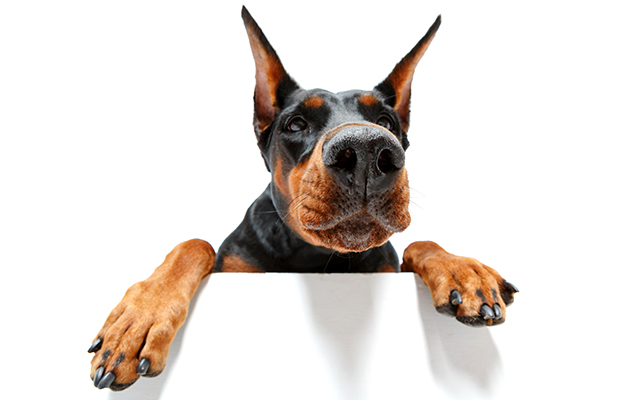 Attacks, bites, injuries, and killings…are the horrible rumors true? Many dog owners blame vicious dog behavior on nature, as if it is something uncontrollable and never to be cured. As a result several dog breeds have become taboo, especially as household pets. There are some dangerous dog breeds with apparent predispositions to violent behavior. But more often it is a puppy’s upbringing that can significantly impact the personality and behavior of the dog. Truth is, most dogs have a strong desire to please their owner and only become dangerous when taught to be dangerous. Generally incidents, injuries, or deaths involving dangerous dog breeds comes down to improper training or harsh ownership.

There are several factors to consider when assigning a “danger level” to a dog breed, and few researchers agree on a set criteria. So to label a dangerous dog breeds is often callous and unfair. That said, it is still important to know which breeds have the potential to seriously injure their victims, should they choose to attack. Just as important to know which breeds are simply large and stubborn, which leads to accidental dangers. Once you review all this, as a dog owner, you can then make a well informed decision about breeds and find the right match for your home, family and lifestyle.

So how do you fairly assess dangerous dog breeds? Well, some dogs are simply physically more able to do some real damage. Their physique is often large and muscular. Though they might not have a vicious nature, these intimidating dog breeds can do some real damage based simply on their size and strength. Whereas other tricky breeds might seem compact, but have a more natural prey drive and can prove to be more aggressive if not properly trained and given the proper outlets for their energy.

Some of The “Most” Dangerous Dog Breeds

Honestly, any breed of dog can kill or become violent. Today, so many breeds struggle to overcome terrible reputations. Though people might label them as vicious or dangerous dog breeds, with proper care and training you can help work out the erratic and harmful behaviors in most domestic breeds. The “dangerous” dog breeds listed below are the most susceptible to a poor reputation. These dog breeds have been known to cause the highest number of injuries and fatalities. This does not mean they are completely unsuitable pets, but rather require more training and attention than most other, more domesticated breeds.

Also known as American Masti-Bulls and Bandoggue Mastiffs, this crossbred mix between a Neapolitan Mastiff and American Pit Bull was not originally bred for fighting, but does posses the same build and characteristics of most fighting breeds. These dogs are incredibly strong and a bit stocky with their wide, rectangular body. Though generally they are calm and fond of children, they can transform if a situation arises and can prove to be a nightmare for any intruders.

Generally male American Bandogges weigh between 100 and 140 pounds with an average lifespan of 7 to 10 years. These dogs are extremely loyal, athletic, and intelligent. If you can be the type of leader American Bandogges can look up to and respect, then you can expect a lifetime of love and protection from this breed. But keep in mind, this breed is not usually recommended for first time dog owners.

One of America’s most popular dog breeds, the German Shepherds are also thought of as quite dangerous. These are working dogs. Most often German Shepherd works for military and law enforcement purposes. Generally Shepherds weigh between 75 and 95 pounds with an average lifespan of 10 to 14 years. Their bite has a force of over 1,060 newtons. They also have a strong prey drive and have been known to bite and attack smaller dogs and other animals. They are highly intelligent and highly capable, which makes them perfect for search and rescue, drug detection, retrieval, and competitive obedience. All these traits generally add up to a dangerous dog breed. But that doesn’t have to be the case.

Shepherds can do almost anything they are trained to do, but it doesn’t always have to be about brute force and muscles. These dogs make excellent guide and assistance dogs for the handicapped, are also used to visit the ill in hospitals, and can be some of the most faithful companions you will ever know.

Yet another of the misunderstood “dangerous” dog breed. Dogs of this breed are keen, energetic and possess tremendous strength and stamina. Once commonly trained as police dogs, the Dobermans got a bad reputation as being ferocious and volatile. Though their use in police work is less common today, the sting of this breed’s reputation has not yet worn off. Their size and strength makes them potentially dangerous, and they are well known for being aggressive towards strangers. But know these dogs are followers, and appreciate a leader they can respect.

With proper training Doberman owners need not fear any harm from these protectors. Generally Doberman Pinschers weigh between 50 and 80 pounds with an average lifespan of 10 to 13 years. They are elegant and athletic dogs. Though certainly not for everyone, these dogs will enjoy being part of a family if brought up and socialized properly.

The Italian Mastiff is quite possibly the last of the coursing Mastiff breeds known to be used in Roman warfare. These strong, but elegant dogs have it all—strength, agility, endurance. They are an unmatched watch and protection dog breed, which can mean they are also fairly dangerous to any intruders. Their presence alone would scare most troublemakers off. But these are not fighting dogs. Fortunately, though they seem menacing, these not-s0-dangerous dog breeds are especially affectionate with their owner.

They also possess a stable temperament and only become the brave protectors when necessary. Generally Cane Corsos weigh between 95 and 110 pounds and an average lifespan of 10 to 11 years. If you chose this breed they will need a lot of exercise and preferably a job to do to stay happy out keep out of trouble.

These dogs are descended from hunters, and were often used as attack and guard dogs during WWI. Boxers are well known for their strong, square jaw and powerful bites. They are also highly protective as far as dog breeds go. As such they often make the top of any dangerous dog breeds list. These dogs are good for families who want to live with a sense of security, but bad for anyone looking to trespass on a boxer’s turf without permission. But they aren’t all stiff lips and intimidation.

The reality is, these dogs are happy, highly spirited, curious, and energetic. Boxers are eager dogs, quick to learn, and will keep you on your toes. Generally Boxers weigh between 60 and 70 pounds with an average lifespan of 10 to 12 years. They have legendary patience and gentleness. They are also renowned for their great loyalty and affection towards their family.

Large and in charge, Bullmastiffs have long been known for their intimidating and imposing presence as guard dogs. They are massive dogs, powerfully built, and cumbersome. No wonder they are often mistook for one of the most dangerous dog breeds. When it comes to pretty much any Mastiff, training is of utmost importance if you want to avoid accidents and injuries involving your dog. Not only does early training and socialization keep these dogs obedient, but also helps to smooth out their more aggressive temperaments.

Bullmastiffs generally weigh between 100 and 130 pounds with an average lifespan of 8 to 10 years. Though their size can be overwhelming, these dogs have exquisite patience with small children. Just make sure to socialize and train early, before they get too big to handle.

These dogs, though they appear to be cute and cuddly, were bred to have a more ferocious demeanor. Chow Chows have large heads, deep set eyes, and a mane of hair—much like a lion or a bear. Historically they were hunting and guarding dogs used to protect their owner’s possessions. Though meant to intimidate, this does not mean all Chows are aggressive, dangerous dogs. Instead, if people raise the dogs with children, they will happily accept them as part of the family and be endlessly devoted to them.

Generally Chow Chows weigh between 40 to 70 pounds with an average lifespan of 12 to 15 years. They are a generally healthy dog breed with a unique spirit, an independent streak, and protective nature. Loyal to a fault, just as much today as they were in days past.

Primarily, people recognize these as sled dogs. They can be striking, oftentimes frightening creatures. They have an athletic build and are highly energetic dogs. Though they do work in teams, dogs of this breed are not well known for their social skills or domesticity. Not exactly violent, these dogs do have a more wild nature and are extremely proud. They have a remarkable mind and are not particularly driven to please their people, making them difficult to train and apt to misbehave.

That said, their positive traits make these dogs well suited to multi-dog homes and independent play. Generally Huskies weigh between 35 and 60 pounds with an average lifespan of 12 to 15 years. The biggest caution is to remember these dogs are escape artists. Once out they will probably wander away from home, never thinking twice about returning.

These dogs are the largest of the Arctic dogs. They are known for having a high prey drive and holding the image of a wolf, which can make the breed especially intimidating. But Malamutes are not a dangerous dog breed, as often perceived. Also, like Huskies, Malamutes are primarily known as sled dogs, built to work hard. They are also extremely loyal and intelligent. They love being part of the pack and are friendly animals.

These dogs become loving and faithful pets with proper mental and physical exercise, firm leadership, and companionship. Generally Alaskan Malamutes weight between 75 to 100 pounds and live approximately 12 to 15 years. These dogs need plenty of room to roam and can resort to destructive behaviors like digging or raiding the trash if they don’t get enough attention and exercise. Treat them right and you will have a devoted pack mate.

There is a strong case against wolf-dog hybrids. All dogs descend from wolves, but these hybrid dog breeds are directly crossbred with wild animals. This makes them extremely skittish and unpredictable. There is still inherent danger in this type of cross breeding. Often the domestic characteristics lose out to the animal’s inherent need to protect and fend for itself. The instincts are just too strong. This is one of the leading reasons why the wolf hybrids are dangerous dog breeds and outlawed in many states. Most often owning wolf hybrids ends in disaster.