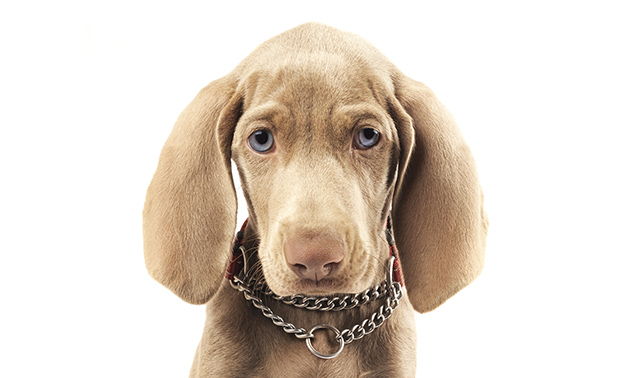 Yes, dogs make great house pets and companions, but historically they were often bred to work, especially when it came to hunting. However, finding the right dog to fit your hunting needs can be difficult. Spotting the weaknesses in a puppy is easy, but cultivating the strengths of a solid hunting dog may take years, even if you are selecting from the top hunting dog breeds.

Historically the Egyptians used greyhounds to track gazelles, in Africa the Rhodesian Ridgebacks were used to hunt lions, and even the little Dachshunds were bred in Germany to hunt badgers. For as long as there have been different breeds of gundog, hunters have debated their best qualities. So what makes the best all around hunting breed? The truth is, there can’t be one solid answer. Instead it depends on the game being hunted, the terrain, and the style of the hunter themselves.

It makes sense that all hunting dogs will be particularly good at certain types of game, but there is no one breed perfect for all hunting. Instead, hunting dogs are usually broken down into four categories:

Training for a good hunting dog starts very young. Some qualities you will want to look for in a puppy include high energy, alertness, love of retrieving, and a good eye to spot objects in motion. The best hunting dog breeds are also known for five levels of behavior. First, irritability refers to the strength of their five senses; often smell being the most acute. Second, reflexes are what allow a dog breed to quickly change direction, especially when hunting and tracking. Third, the emotion of any hunting dog should be evident, such as tail wagging or hair raising, making it easy for the hunter to determine what the dog is communicating. Fourth, instinct includes the dog’s natural yearning to track, hunt, and capture. Fifth, and most important to hunters, is the dog’s intelligence, or ability to understand what to do and to learn and obey commands.

These dogs are smart, happy, and hard-working. They are also one of the most popular breeds in America. On top of making exceptionally great house pets, labs are one of the top hunting dog breeds. They have fine noses as well as great swimming prowess. In fact, fishermen originally used labs to help haul in nets, fetch ropes, and even retrieve fish. Today Labrador Retrievers are known to be well-rounded hunting companions for any season, especially acting as water dogs. Labs generally weigh between 55 to 80 pounds with an average lifespan of 10 to 12 years. These retrievers have a gentle mouth that allows them to grip prey, retrieving it without damaging it. They are also highly adaptable, capable of excelling in any environment. Because they are so well-rounded, Labrador Retrievers are a high caliber hunting dog breed for a variety of hunting styles.

Bred to be flushers, these dogs excel at flushing game from the brush or springing on it for the hunter. They are also excellent sniffers and swimmers, making them a versatile hunting dog for retrieving. During the Renaissance English Springer Spaniels were considered the ideal hunting companions in Europe. An interesting fact is that Springer Spaniels and Cocker Spaniels were born in the same litter. The Cockers were simply smaller dogs used to hunt woodcock, and the English Springers were the larger dogs in the litter. Now the two breeds are recognized individually. Generally English Springers weigh between 45 to 55 pounds with an average lifespan of 9 to 15 years. Aside from hunting, these dogs make great companions while hiking or camping. They are also used in search parties and mountain rescue teams because of their unique blend of talents.

In their native Ireland, these dogs grew in popularity for not only their talents as gundogs, but also their luxurious mahogany coats. Irish Setters are excellent all-purpose hunting dogs. They often act as both pointers and retrievers, but are particularly good for hunting game birds. Irish Setters are swift, have a great nose, and can manage harsher terrains and climates. However, there are two types of Irish Setters being bred; field types and show types. The field dogs are not as big as show dogs and have a shorter coat. It is important when selecting a hunting dog to be able to distinguish between the two types. Generally Irish Setters weight between 60 and 70 pounds with an average lifespan of 11 to 15 years. These dogs are inquisitive by nature, intelligent, and also independent. These traits can make training difficult, but a persistent owner will help these dogs maintain status as one of the best hunting dog breeds.

These dogs have an outstanding ability to scent and trail many types prey in the field. They are also a versatile dog breed, excelling on both land and water. In fact, the German Shorthaired Pointers are one of the most versatile sporting breeds. They can perform virtually any and all gundog roles: scenting, pointing, retrieving, and flushing. This is because early versions of this dog were deliberate crosses between Spanish Pointers and Bloodhounds. Not only are German Shorthaired Pointers elegant and wonderful companions, but also obedient and come with a powerful scenting ability. German Shorthaired Pointers often weigh between 45 to 70 pounds with an average lifespan of 12 to 15 years. These dogs crave mental and physical challenges, and will excel at any hunting job they are instructed in.

These great hunting dogs are happy and inquisitive animals. Also, though these are not yappy dogs, they do have distinctive vocalizations like howling and yodeling that prove useful for hunters. Beagles are mainly scent hounds, with a whopping 220 million scent receptors. That is why their heads always seem to be stuck to the ground. Beagles generally weigh between 18 to 30 pounds and have an average lifespan of 10 to 15 years. Though their size and playfulness make them entertaining house pets, their prey drive means that cannot be trusted with other non-canine pets unless specifically socialized and trained. These dogs are often watchful and determined. Bred to be hunters, Beagles are exceptional at tracking rabbits, hare, pheasant, quail, and other small prey. Their shorter legs leave them somewhat lacking in the pursuit of larger prey. Also, these dogs can hunt alone or in packs.

Old Yeller is the story about a boy growing up in Texas and a special dog, for which the book is named. Though the movie depicts this dog as a lab, the descriptions in the book most certainly describe a Mountain Cur. These dogs are not known for being submissive, or easy going. Instead, Mountain Curs are tough, willing to face-off with a razorback or wildcat when cornered. They may catch a mad bull in the nose or hold their ground even against a bear, just as the dog from the book. The modern Mountain Curs are still very much the traditional hunting dogs they were bred to be. These dogs generally weigh between 30 and 60 pounds with an average lifespan of 12 to 16 years. If not used for hunting, these dogs will need plenty of daily exercise. Otherwise they will become bored and resort to destructive behaviors.

Bloodhounds are big and floppy, but also make some of the best scenting dogs around. Though their name makes them sound like ferocious killers, these dogs were actually bred to stalk bigger game, not capture and kill it. They have strong noses and unmatched tracking skills. Bloodhounds take great pleasure in tracking both animal and human prey alike, but also have a pleasant temperament making them a great companion for hunters. Bloodhounds generally weigh between 80 to 100 pounds and have an average lifespan of 6 to 10 years. Their skills not only make them one of the best hunting dog breeds, but also man-trailers working with law enforcement and search and rescue teams. However, the dogs are also known for being single-minded and are quite often distracted when new and exciting scents abound. Training Bloodhounds can prove to be an exercise in patience and consistency from a determined owner.

These dogs are excellent athletes that will enjoy hiking and running as well as hunting. Weimaraners are known for being a high energy breed that can track, point, and retrieve on both land and in water. They can hunt large game, like deer and boar, as well as small game, like rabbits and foxes. These dogs have a long and elegant look to them, but they are also fast and calm. Generally Weimaraners weigh between 55 and 85 pounds with an average lifespan of 11 to 13 years. For many hunters these are dream dogs, but can also make great family pets if they are well exercised. However, first time owners may find teaching and exercising these dogs to be a bit overwhelming. Natural born hunters, Weimaraners have a strong prey drive. They will likely seek out and kill smaller animals, and proudly present their trophies to their owners.

If you want a happy-go-lucky hunting companion, then Coonhounds may be the breed of choice. Black and Tan Coonhounds are large and determined, doing all they can to please the hunter and owner. As the name indicates, these dogs were originally bred to trail and tree raccoons, howling at their quarry. These dogs are quick to follow, have strong hunting instincts, and have a somewhat independent nature. There are six Coonhound breeds, but the Black and Tan are the most recognizable due to size and distinctive coloring. Generally these dogs weight between 75 to 100 pounds and have an average lifespan of 10 to 12 years. These are one of the best hunting dog breeds because they can follow even the coldest of trails, no matter how faint it might be. Also, aside from raccoons, these dogs can also hunt lions, bears, deer, and other game.

Dogs of this breed are courageous, passionate, and athletic. They have high energy and respond well to leadership. However, owners have to be patient and consistent to earn obedience from dogs of this breed. These dogs are likely to take off after an interesting scent, making them a bit single-minded and easily distracted. English Foxhounds were originally bred by crossing a variety of hounds with the bulldog, greyhound, and fox terrier. Generally English Foxhounds weigh between 55 and 75 pounds with an average lifespan of 10 to 13 years. English Foxhounds are often the dogs you will see in films, working in packs while hunters ride on horseback. These dogs have a great nose and impressive stamina, making them another one of the best hunting dog breeds. But, for the hunting partnership to be most effective, training for these dogs must begin at a young age and remain consistent. These Foxhounds benefit most from strong and fair owners.